COVID-19 Update - The Rowland Company is open to support you. 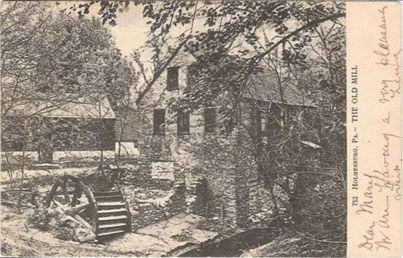 Benjamin Franklin was only 25 years old when The Rowland Company was founded in 1732 by Benjamin Rowland, a descendant of John Rowland who arrived in America with William Penn in 1682. It is the oldest continuing company in Pennsylvania, the third oldest in the United States. Its principal products were the manufacturing of shovels and like instruments, as well as springs for wagons. Benjamin Rowland’s son’s continued the company renaming it The William and Harvey Rowland Company. Confusing matters greatly, there were several tool-making factories by the name of “Rowland”; along the Pennypack Creek in Northeast Philadelphia. There was a section of Philadelphia once known as Rowlandville in the vicinity of Tacony Creek (Tookany Creek) and Wyoming Avenue. It was named for the Benjamin Rowland shovel factory located on Tacony Creek.

As the company evolved over the next two hundred years, it became heavily involved in the distribution of automotive and truck parts, with branch locations in Atlanta, Georgia and Jacksonville, Florida. In the early 1950s, the Rowland family sold all locations to outside interests. The Philadelphia operation continued to distribute automotive parts and heavy duty items such as power take-offs and driveshafts for the truck market. It remained in this line of distribution until 1962 when it was purchased by Gulf & Western Industries. Gulf & Western Industries then split the automotive and heavy duty truck segments apart and moved the automotive portion to King of Prussia to form what is now known as the American Parts System. The heavy duty truck parts operation was left in Philadelphia and subsequently sold to its current owners, the Yost family, in 1967.

The Rowland Company now specializes in the distribution and fabrication/assembly of industrial power transmission products. This segment involves the application engineering, distribution and/or modification of our products to a customer’s specific need. The Rowland Company identifies itself as “The Problem Solver” in any type of situation that involves the transmission of power from a driven force to a driving force. The products which are typically used in these power transmission applications include brakes, clutches, couplings, drive shafts, friction materials, and other related items.
Thanks to the Rowland family for providing historical details on the origin of The Rowland Company. Photos courtesy of the Rowland family.